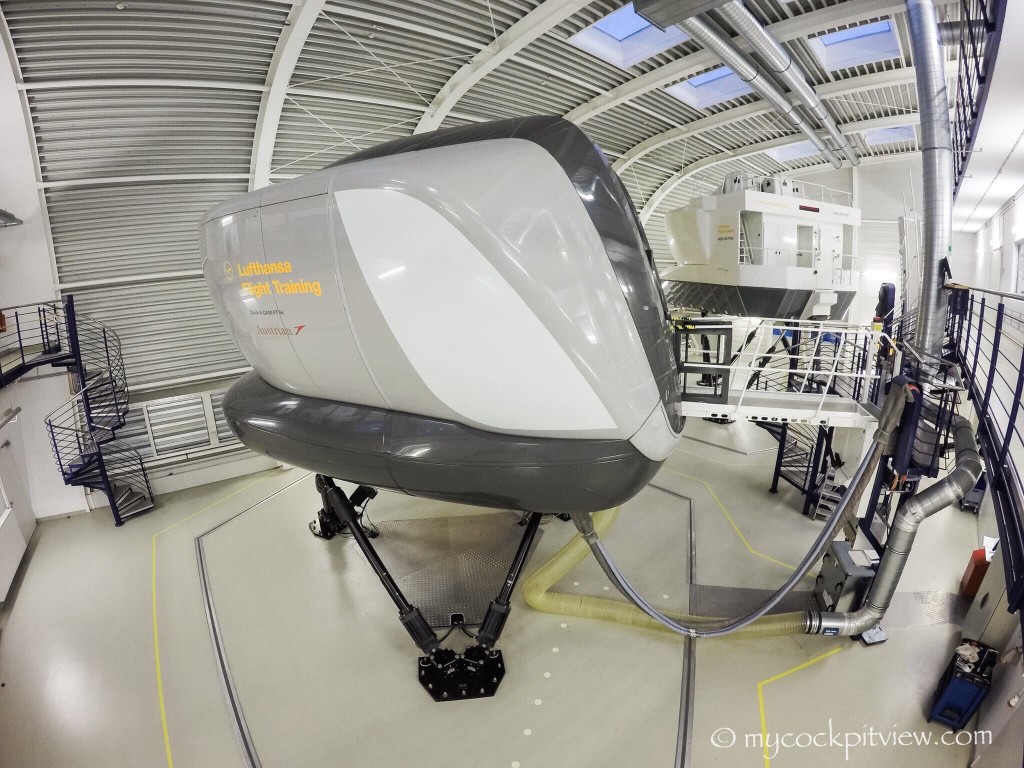 This is the Bombardier Dash8 Q400 simulator at the Lufthansa Flight Training center in Vienna. Every crew flies it every six month for two days. The first day being a session to train the crew to numerous failures that could happen in real life, from minor navigation instruments failure, to engine fire or smoke in the cockpit. The second day is a checkride where an examiner checks that the crew complies with the procedures and has the level of proficiency required to renew their licence and continue flying for the company. The simulator is mounted on electric cylinders and can move on 6 axis (3 rotations and 3 translations) to reproduce all the flying sensations, from accelerations during takeoff or turns to turbulences.

Once inside, it looks like a big room. In the back is the instructor’s panel, with a small table to take notes, and several screens. The lower one is used to set up the simulator parameters and the failures, the upper one is mostly used to check the aircraft routing and the precision of flying during the approaches and the last one reproduces the picture seen in the captain’s head up guidance system. 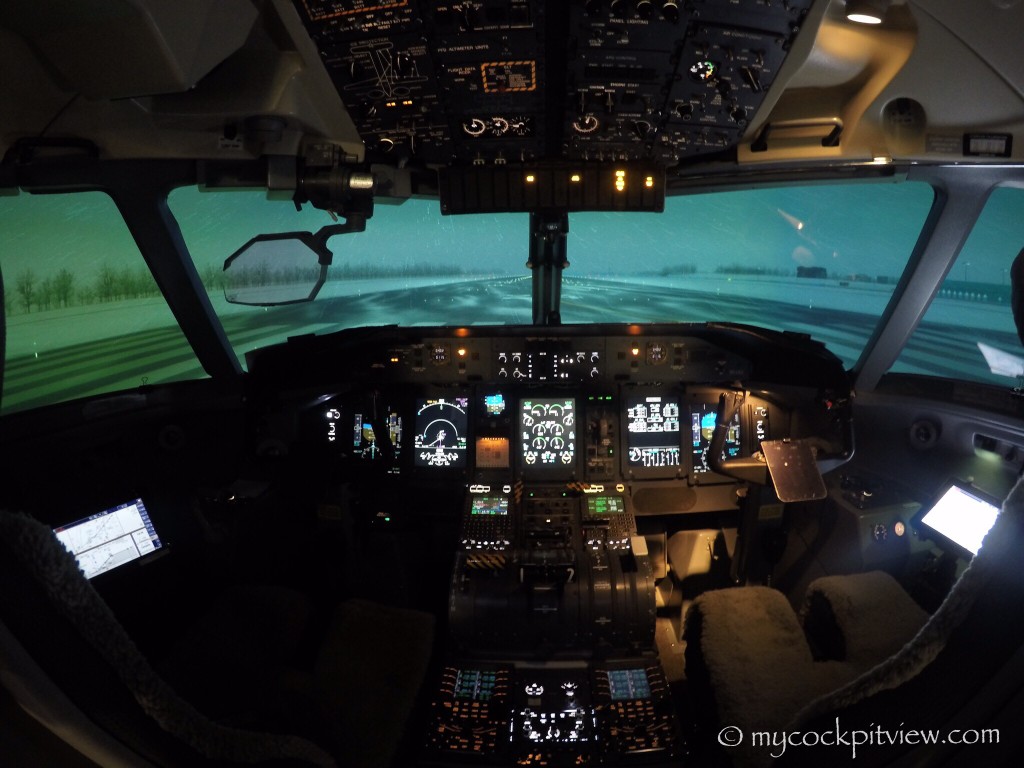 The front part is the exact replica of the Q400 cockpit. The outside view is generated by computers and transmitted by several projectors, creating a 180 degrees outside view for both pilots.