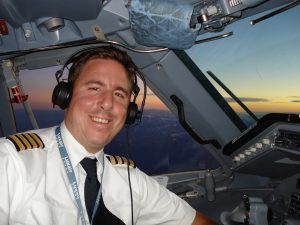 Aviation has always been a passion for me. This is why I started to build model airplanes when I was a kid and did my glider licence when I was fifteen years old. Later on, I obtained my ATPL and was hired by Luxair, the luxembourgish flagcarrier in 2002.
Since then, I flew as copilot on the Fokker 50, Embraer 145 and Boeing 737 classic and NG for six and a half years, gaining a lot of experience. I was promoted captain in 2009, on the Embraer 145 for six months, and on the Bombardier Q400 until now. Loving to tranfer my knowledge and contribute to the high safety and efficiency standard of my company, I became in 2014 line training commander, and one year later, Type Rating Instructor and Examiner. Find more on linkedin

Every time it is compatible with safety, I try to capture amazing views and it’s my pleasure to share them with you… All my pictures and videos are taken above FL100, unless they are shot on automatic with the camera attached somewhere in the cockpit, from the jumpseat, or from the cabin when I fly as a passenger. 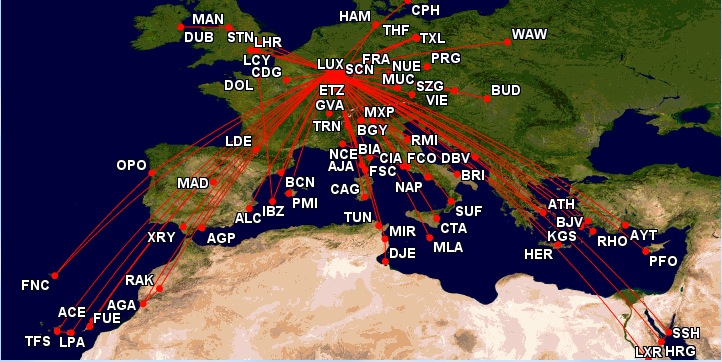 A few words about the making of…

Since I started to take pictures 18 years ago, I used a lot of different cameras… I do not even remember the brands and models I used, but my first shots were made with a 2 MPixels camera, at that time state of the art 🙂 Now a days, I use 2 different cameras.

For the videos, I use sometimes the 6D, but mainly a Gopro 5 or iPhone 11 pro, with many accessories to attach it in the cockpit.

"A team is not a group of people who work together

The reward after a long flight

Cruising over Spain with @fly.with.j_b

First flight for 2021. Overflying the Alps at nigh